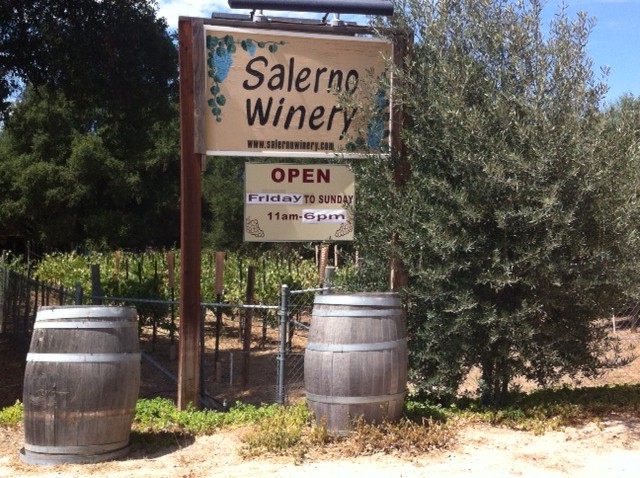 Ramona Valley is on the verge of becoming the next Foxen Canyon of wine trails…   Windy roads lead to Salerno Winery, tucked off Highway 67 behind the stately cypress trees and majestic oaks.  Rising 1,500 feet above sea level, Ramona Valley, with its own micro climate has been recognized with its own AVA appellation. 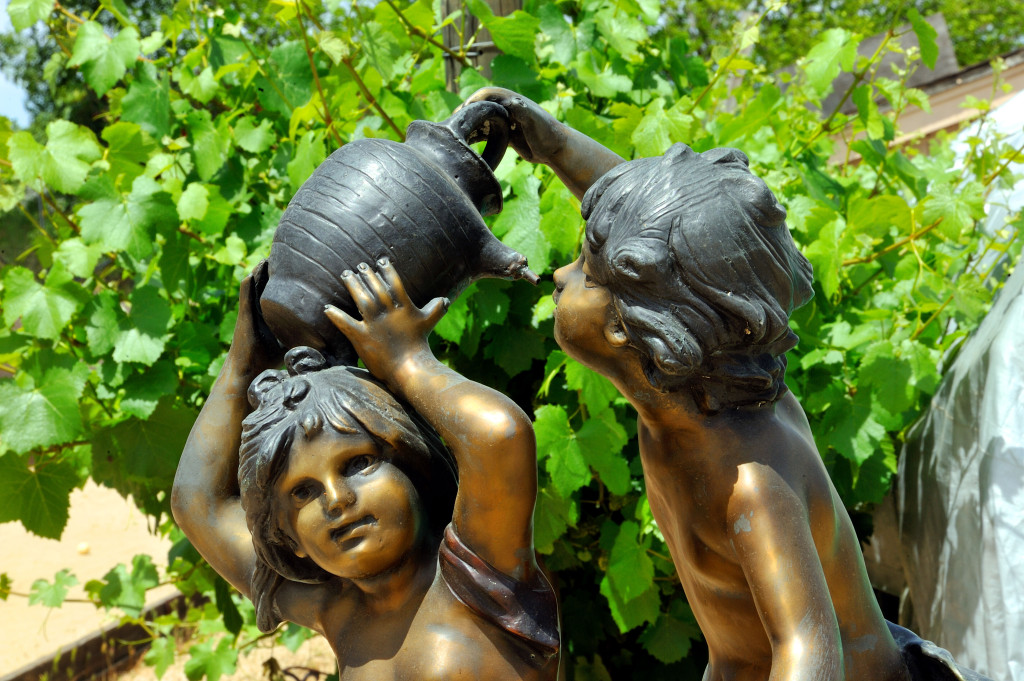 Salerno Winery is definitely eclectic ~ lacking the hype of Temecula Wine Country glitz and busloads of unruly drunken 21 year-olds.   Rounds of somewhat bizarre, romanesque/greek/modern marble and bronze artworks are haphazardly placed around the walking paths in Salerno’s vineyard.  There’s even a bocce ball court on the lower level. 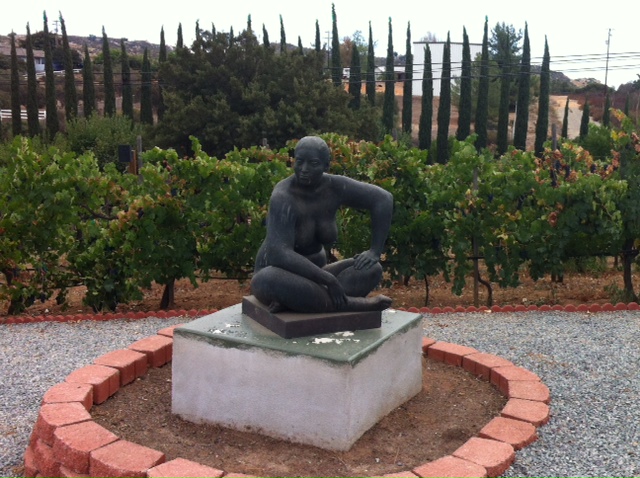 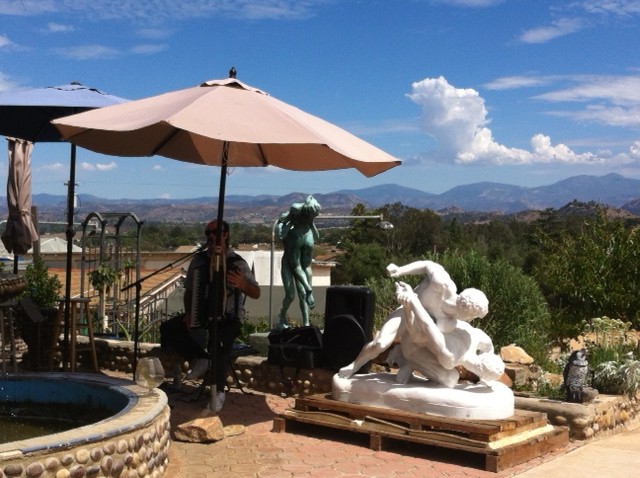 Interestingly,  Ramona Valley was a thriving wine region before Prohibition Days and is making a strong comeback!   Plenty of ambiance at Salerno Winery ~  enticing aromas of wood-fired pizza, accordion music and guest soloists singing beautiful arias under the towering oaks. 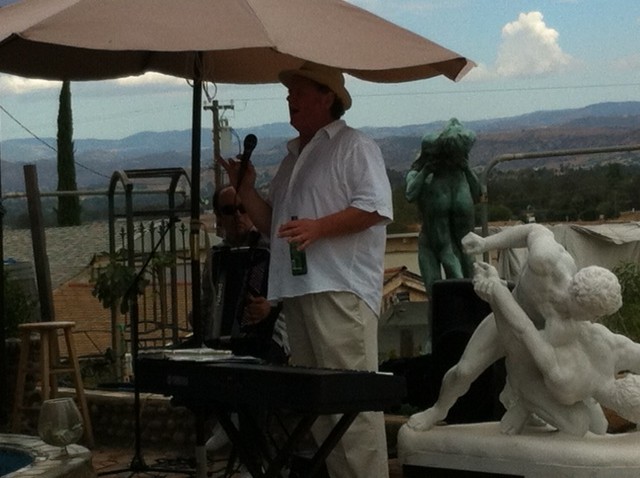 Salerno Winery‘s tasting menu is outstanding and only $10 for five tastes, plus a complimentary tasting of the 2007 Bianco Tosto, a pale golden blend of Chardonnay, Chenin Blanc and Sauvignon Blanc.  I was mildly surprised to taste an estate 2011 Pinot Noir ~ unheard of to be grown in southern California. 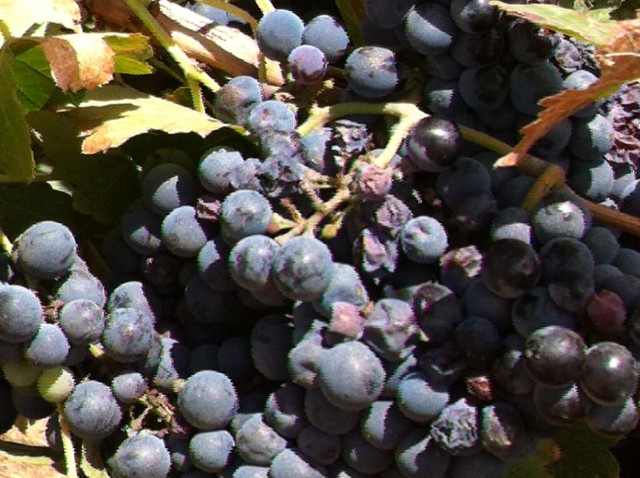 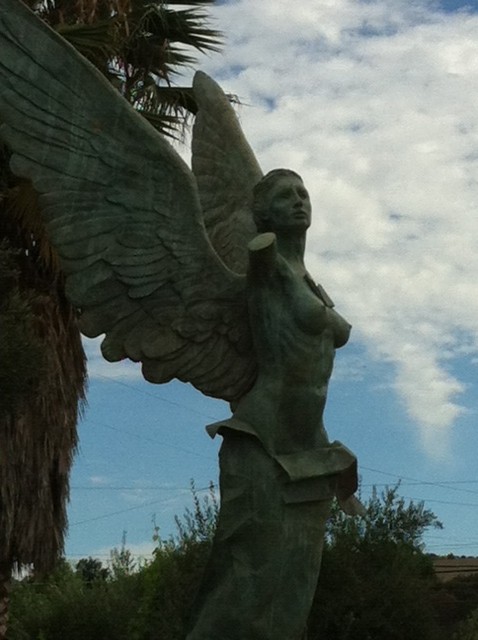 Shelly Hogan, assistant winemaker at Salerno Winery, was on hand to make the rounds and to solicit help with the grape harvest next week.  I was honored to be asked and will be there bright and early with my clippers and gloves in hand!