As was customary in the middle ages, people were named for their trade or place of origin.  In the mid-1400’s, Lorenzo della Volpaia, a mathematician, architect and skilled clockmaker, adopted the town’s name, literally meaning Lorenzo from Volpaia (Lair of the Foxes).   Della Volpaia was even said to have consulted with Leonardo da Vinci (Leonardo from Vinci) on technical projects. One of Volpaia’s most exclaimed clock works is the clock in Palazzo Vecchio in centro Florence.

Today, Volpaia is owned by the Stianti Mascheroni family (Father Rafaello Stianti gifted the village and winery to his daughter Gionvanella as a wedding present in 1996).   Castello di Volpaia is renowned for its wonderful wines, traditional olive oils and aromatic vinegar. END_OF_DOCUMENT_TOKEN_TO_BE_REPLACED

One of the highlights of my Tuscany travels was visiting the medieval borgo of Montalcino.  Steeped in history that dates back to the Etruscan times, this hilltop village holds a lot of charm and is best known nowadays for the Brunello di Montalcino wine.

Only 5,300 people live in Montalcino, which sprawls from the centro district along the valley floor below Monte Amiata, a dormant volcano (last eruption was over 300,000 years ago).  Montalcino is a very picturesque area with vineyards lining the country roads and Abbadia di S’Antimo gracing the southern wine trail.

In centro Montalcino, enotecas (wine stores) are plentiful, all pouring the heavenly juice of Bacchus ~ aka Brunello di Montalcino.  So little time, and so many Brunellos! END_OF_DOCUMENT_TOKEN_TO_BE_REPLACED

I was on a mission to find Casaloste in Panzano in the hills of Chianti, about an hour south of Florence.  The wine farm sign pointed down another infamous narrow “white road”, meaning unpaved–adventure ahead!  This time, there were no forests to weave through, just field after field of vineyards!

In the early Spring, the grape vines are pruned and placed in stacks beside the dirt roads.  The cuttings are then set ablaze along with the olive tree branches.   That day, the air was crisp with the sweet smell of burning wood drifting through the air.  Rain was forecasted in the late afternoon, so I wanted to reach Casaloste before the rains would flood the low spots on the rutted road.  After a few missed turns, I found Casaloste!

END_OF_DOCUMENT_TOKEN_TO_BE_REPLACED 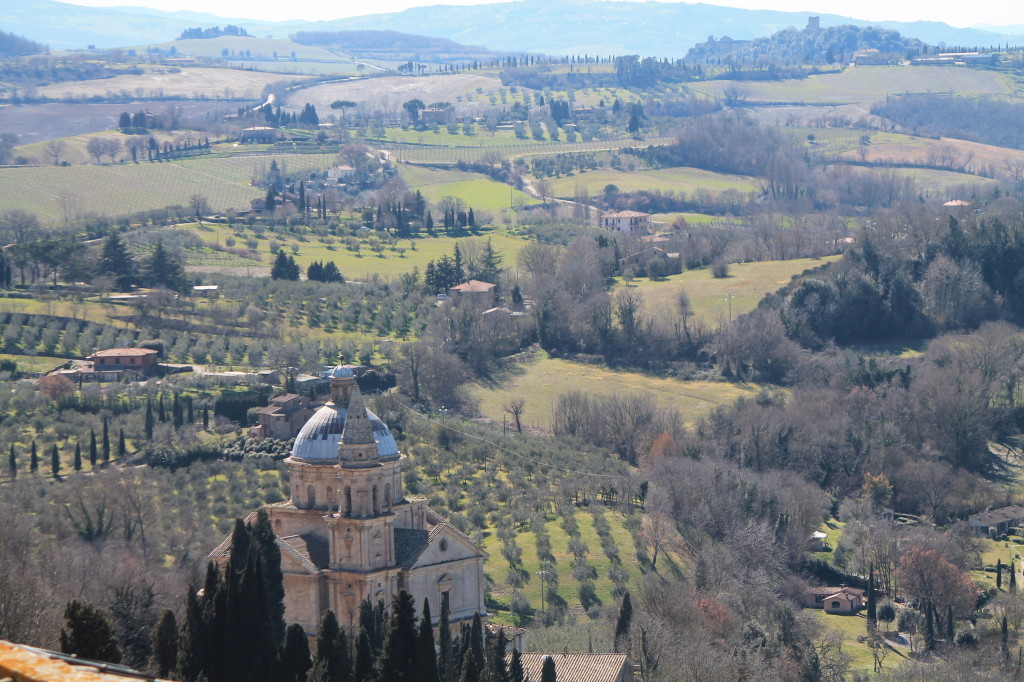 In the rolling hills of the Tuscan countryside, outside the gated enclave of Montepulciano, a few miles down La Strada di Vino Nobile, you will find La Ciarliana winery.  This little crown jewel is a small, family run winery, gently situated on 22 acres, that produces very notable Vino Nobile wines. 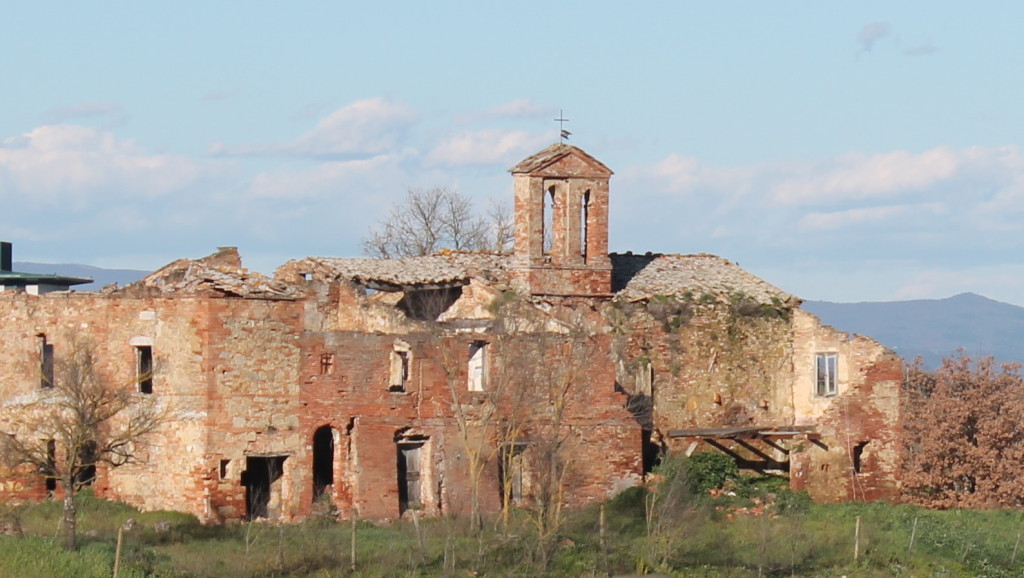 The winery’s logo pays tribute to La Chiesa di San Michele’s famous bell tower, which lay in ruin in the distance.  The founder of La Ciarliana was Santo Pellegrino Frangiosa, who was born and raised on the podere (farm), just a stone’s throw from centro Montepulciano.   Santo Pellegrino was one of the first wine pioneers in the valley to plant the famed Prugnolo Gentile, otherwise known as Sangiovese, in the early 1960’s. 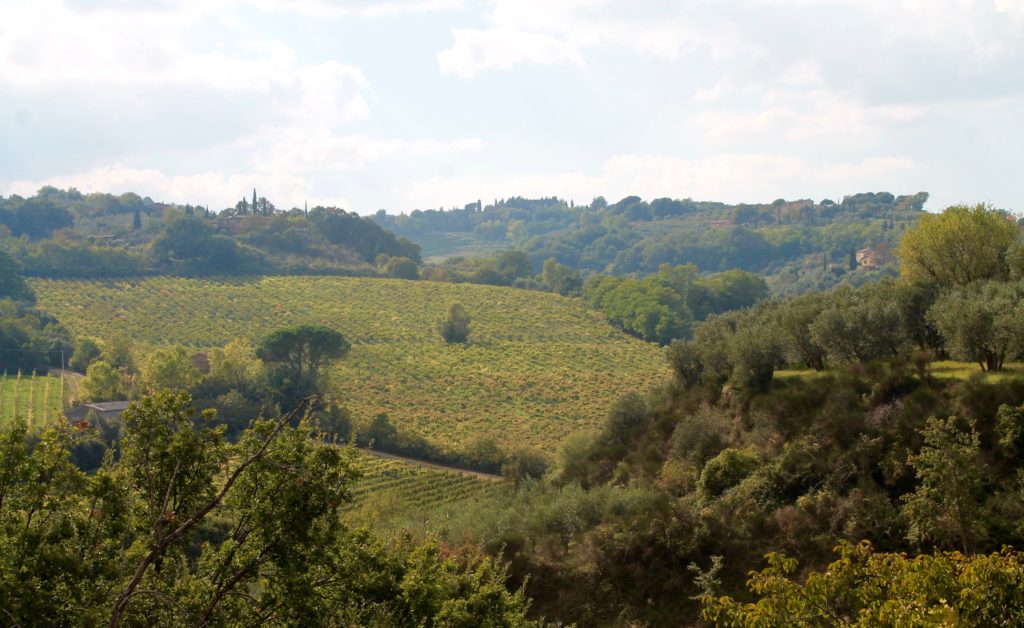 END_OF_DOCUMENT_TOKEN_TO_BE_REPLACED

My eyes were peeled for wild boar and deer, but the only “wildlife” I encountered were a few cars madly passing me on the narrow road leaving me in a cloud of dust. END_OF_DOCUMENT_TOKEN_TO_BE_REPLACED