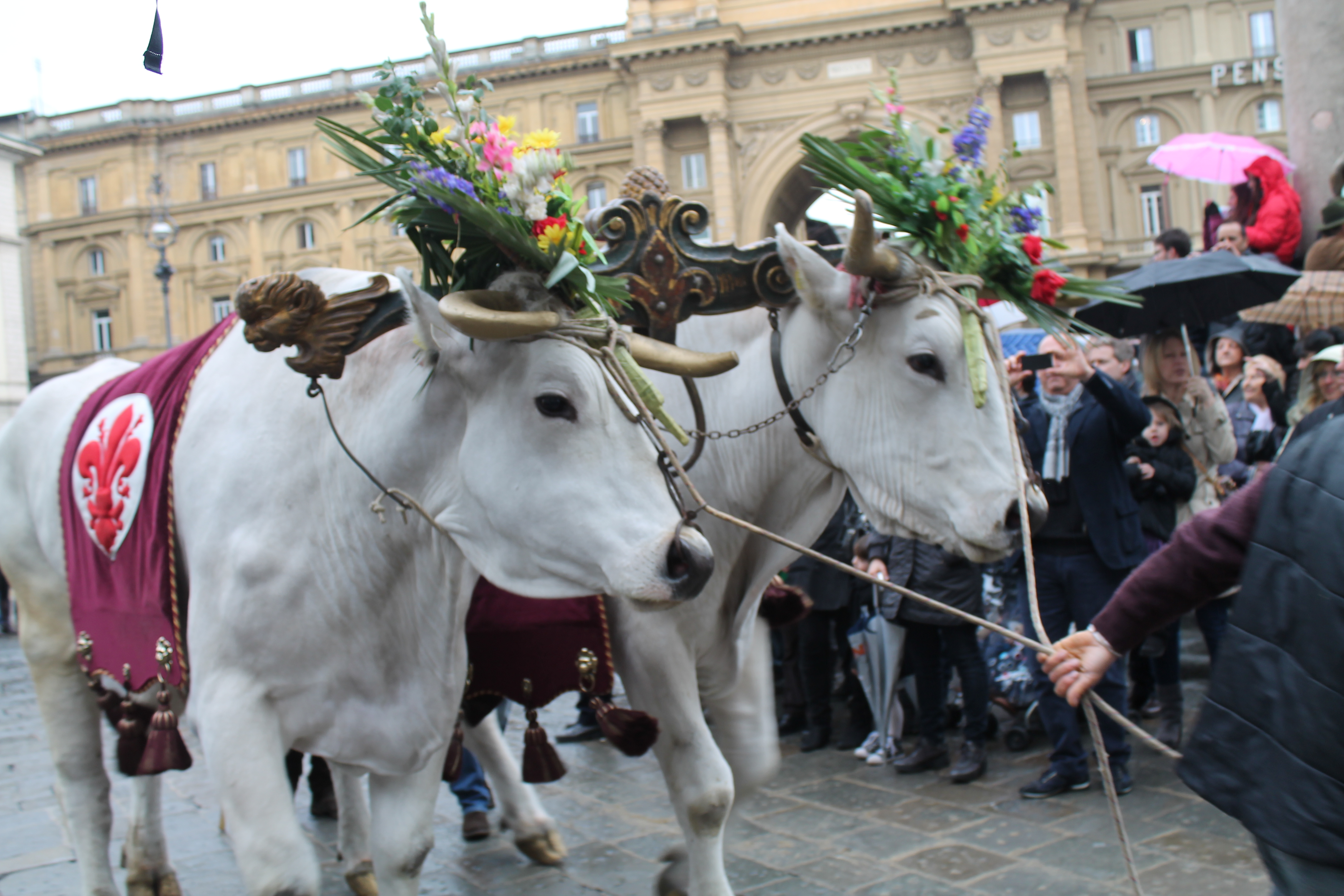 Flashback seven years ago today… Hard to imagine that I was following two festively attired white oxen with golden horns pulling a wooden cart through the narrow uneven streets of centro Firenze. 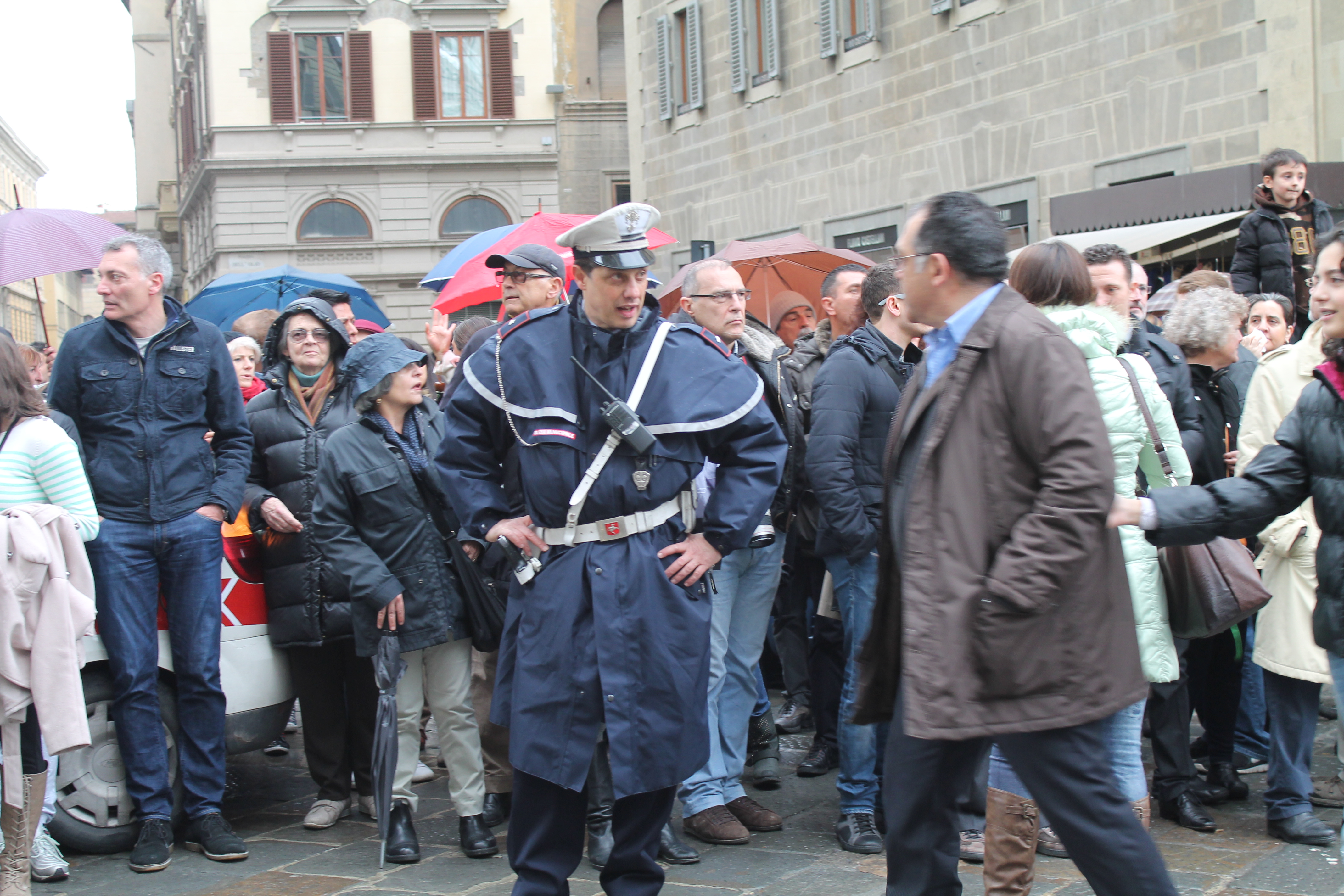 The streets were tightly packed with revelers and worshippers alike. Even the caribineri (policemen) were in a light mood, holding the crowds back from the approaching oxen and cart.   Despite the rainy cold weather, there was an air of excitement as the oxen plodded down the streets toward Piazza del Duomo for the kick off of the ancient ceremony, Lo Scoppio del Carro, the Explosion of the Cart. 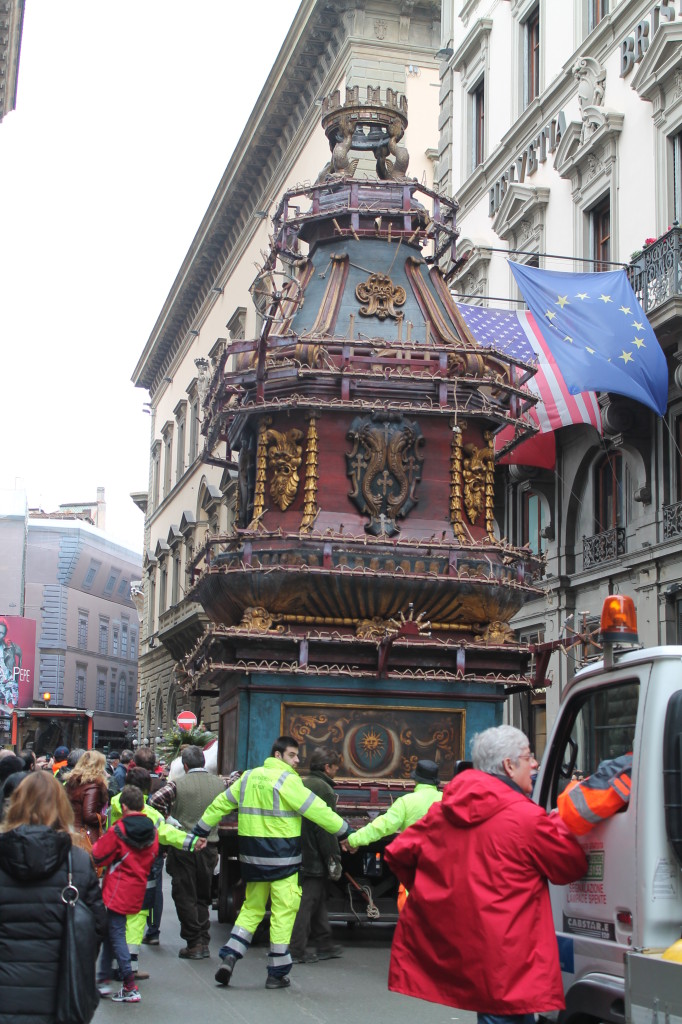 Once the oxen reach Piazza del Duomo, the cart is detached.  The ancient cart, outfitted with fireworks and other pyrotechnic displays, is ignited by a mechanical dove that flies on a wire from inside of the Cathedral of Santa Maria del Fiore, also called il Duomo.  The sound of the fireworks is deafening and smoke fills the air but somehow the oxen remain calm.  https://www.youtube.com/watch?v=7FZ-oYkLpdU   END_OF_DOCUMENT_TOKEN_TO_BE_REPLACED