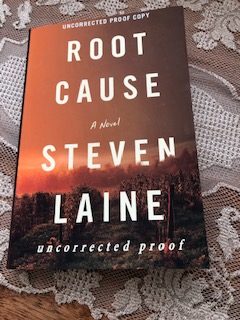 For some light “wine centric reading”, Root Cause, A Novel by Steven Laine, is an engaging  who-dun-it globe-trotting mystery with a twist.

The plot is fast-moving, sprinkled with historical wine antidotes and international intrigue.  Flying winemaker Corvina Guerra discovers her own family’s vineyard in Tuscany is infected with Phylloxera, a deadly plant louse which feeds on the grape roots.

Corvina fears that other vineyards around the world may also be threatened with devastation so she sets out to find the “root cause”.  In her travels, she meets wine blogger Bryan Lawless who joins her in a zany world-wide search for the perpetrator. 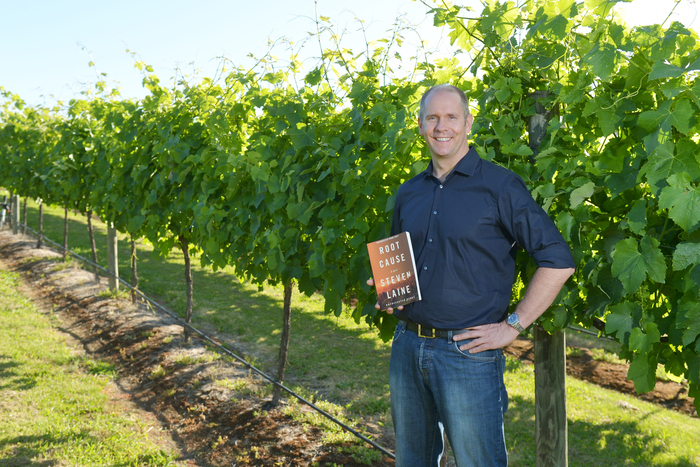 Author Laine, a WSET Diploma Candidate himself, creatively peppers the pages with intense descriptive wine tasting notes and captivates the reader at every turn of the page.  Pour a glass of wine and let the wine capers begin…  www.stevenlaine.com

As Louis Pasteur reportedly said, “Chance favors the prepared mind”.  This may be true, however, Wine Spectator‘s Matt Kramer believes otherwise.  In a much contested Wine Spectator editorial, “Not A Trivial Pursuit,”  dated February 16, 2016, Kramer rants: 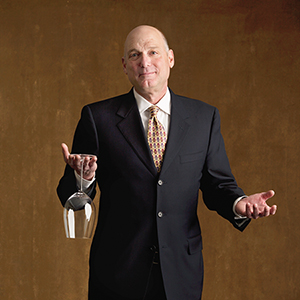 “The modern demand for a credential is larger and more substantive than mere careerism… We now insist on a kind of professionalization that has less to do with the benefits of an education and more to do with jumping through hoops held by others in order to acquire a diploma of some kind.”

At the time, when I read his column, I, too, was miffed, as were countless Sommeliers, Wine Educators and those pursuing professional wine education certificates and diplomas, dissing Kramer on social media.   I had personally just tested for the WSET Level 3 (Wine Spirit Education Trust) certification after four months of intensive study and  substantial cost.  Was I wasting my time?

Another month passed before I received my results from London’s WSET office that I had passed the exam with Merit.  Now I could finally add a set of initials post nominal to lend credibility to my future wine career.

I let Kramer’s remarks fade away until I sat for my FWS (French Wine Society) certification a few months later.   Once again, Kramer’s ignorant editorial surfaced in my mind and I questioned the worth of obtaining another wine certification.  Alas, I had passed the FWS exam with Highest Honors and added another set of initials post nominal.

Proud of my two wine certification achievements, I thought, why not one go for one more certificate?  To help me on my way, I applied for and received two scholarships to offset the cost of attending the Napa Valley Wine Academy’s crash course for the CSW (Certified Specialist of Wine).  After several months of countless hours of studying, I passed the CSW exam with flying colors and added yet, another set of initials post nominal.

Despite Kramer’s dim view of flaunting one’s wine milestone accomplishments, I am proud to be certifiably certified.