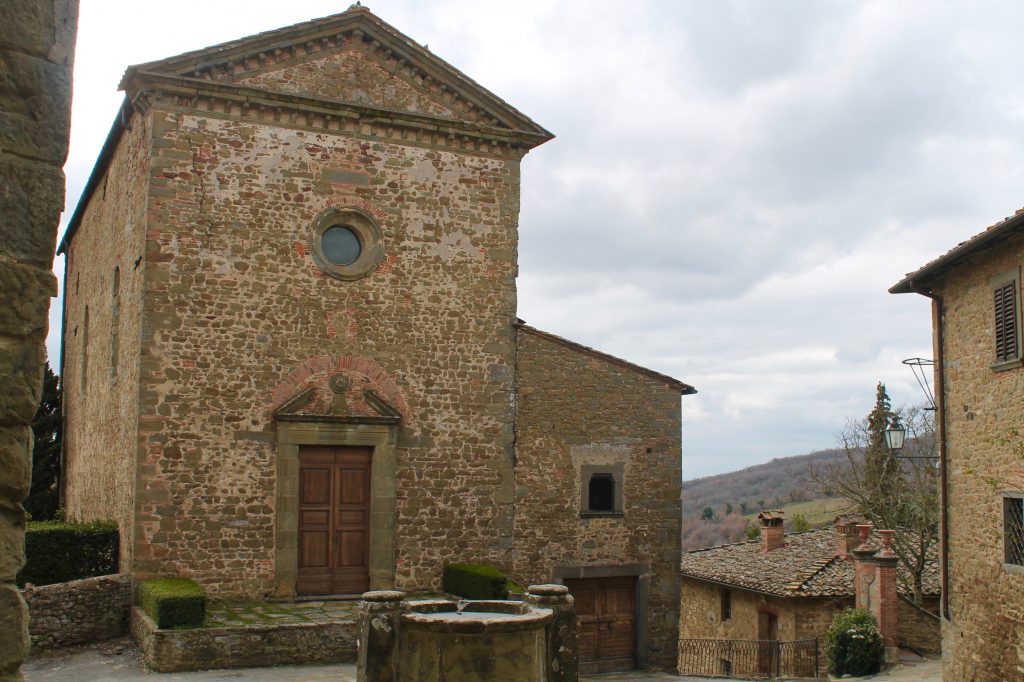 On a recent trip to Tuscany, I had the good fortune to revisit the medieval hamlet of Castello di Volpaia, rising five miles atop the Tuscan hills near Radda in Chianti  The fortified borgo (village) dates back to the 11th century and is most well-known for it famous resident clockmaker and namesake, Lorenzo della Volpaia, and of course, its Vin Santo. 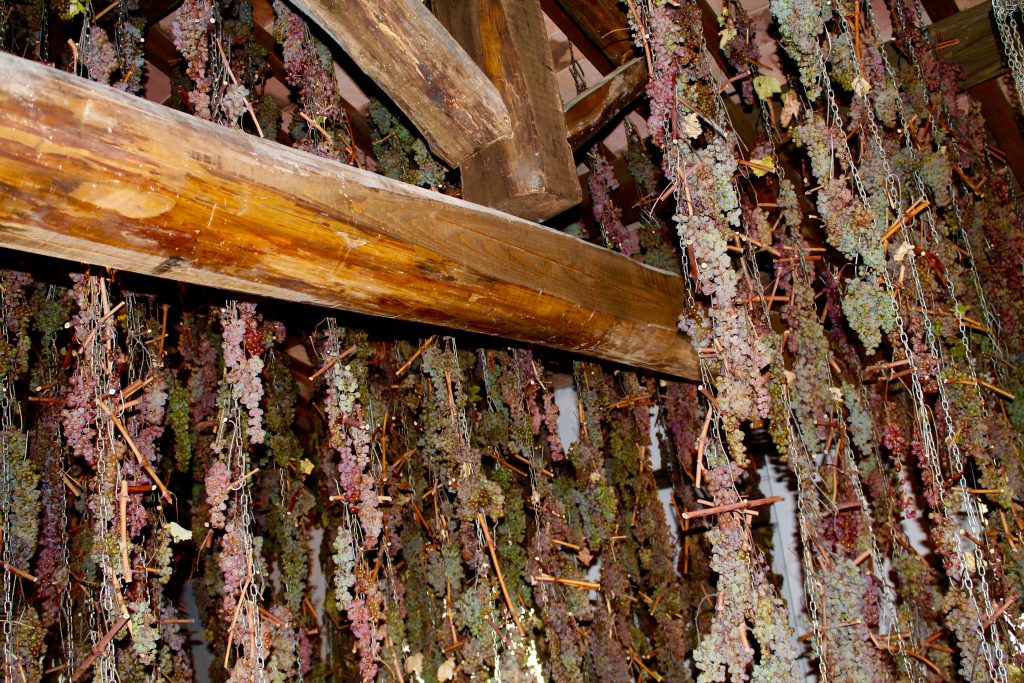 Vin Santo translates to “Holy Wine”, and is a type of Italian dessert wine.  One theory on the origin of  the “Holy Wine” is referenced in the historic use in the Catholic mass, where sweet wine was preferred.  Another claim dates back to the Renaissance era when wine merchants peddled the sweet nectar on the streets of Rome.

Interestingly, Vin Santo can be made sweet or bone dry, depending on how the wine is finished. Typically, Malvasia or Trebbiano grapes are used to craft a white Vin Santo and in Chianti, the flagship Sangiovese grape is used to make the red or rose Vin Santo. 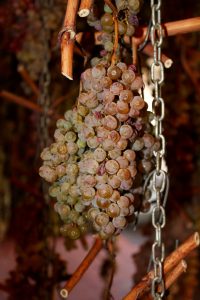 Grapes destined for the dessert wine production are harvested in September or October and are hung to dry in the warm rafters or laid on straw mats in attics for several months, allowing the moisture to evaporate and the sugars to concentrate.  Sometimes these wines are also called “straw wines”.

The longer the wines are dried, the higher the residual sugar content, and the sweeter the wine. It is not uncommon to let the grapes dry naturally and hang in the rafters until March before crushing and fermenting the grapes.

Vin Santo is aged and stored in small oak barrels, for a minimum of 3 years and often aged up to 10 years.  The color of Vin Santo can range from pale to dark amber, even neon orange.

Vin Santo’s flavor profile has nutty or raisin notes with honey and cream attributes.  In Italy, Vin Santo is traditionally served with biscotti for dunking. 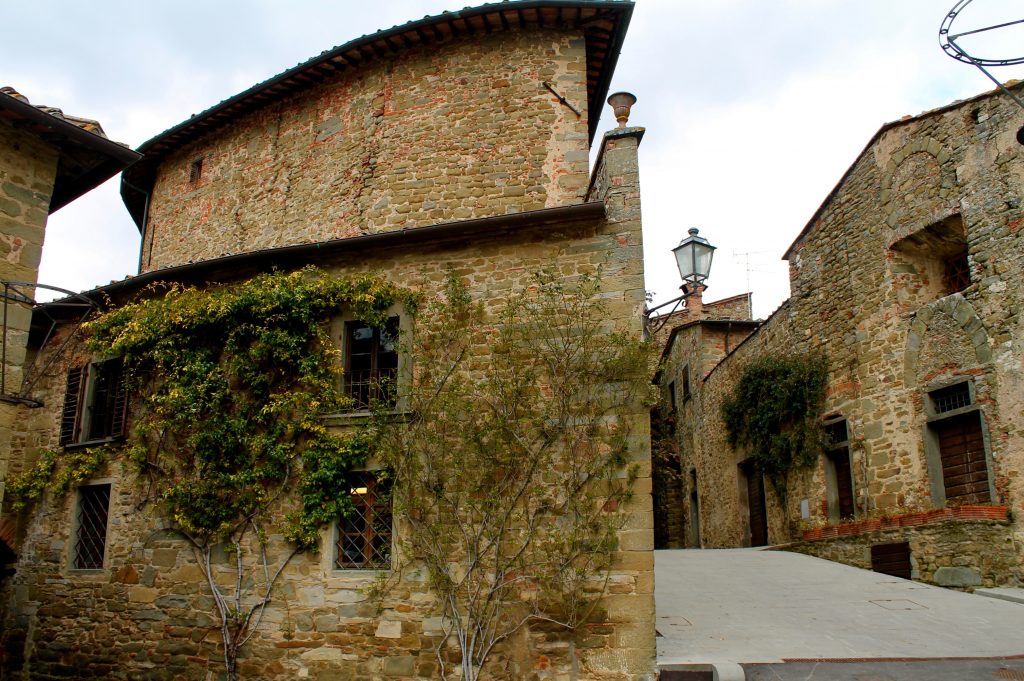 Strolling the streets of Volpaia is eerily haunting.  The original defense walls, laid with great precision using local pieta serena (a greenish-grey sandstone), date back to the end of the 12th century and beginning of the 13th century.  Castello di Volpaia once served as a dominant walled fortress for Radda in Chianti for many centuries, with towers rising to the sky.  The towers have all fallen and the fortified wall has crumbled, however, the charm of Volpaia remains. 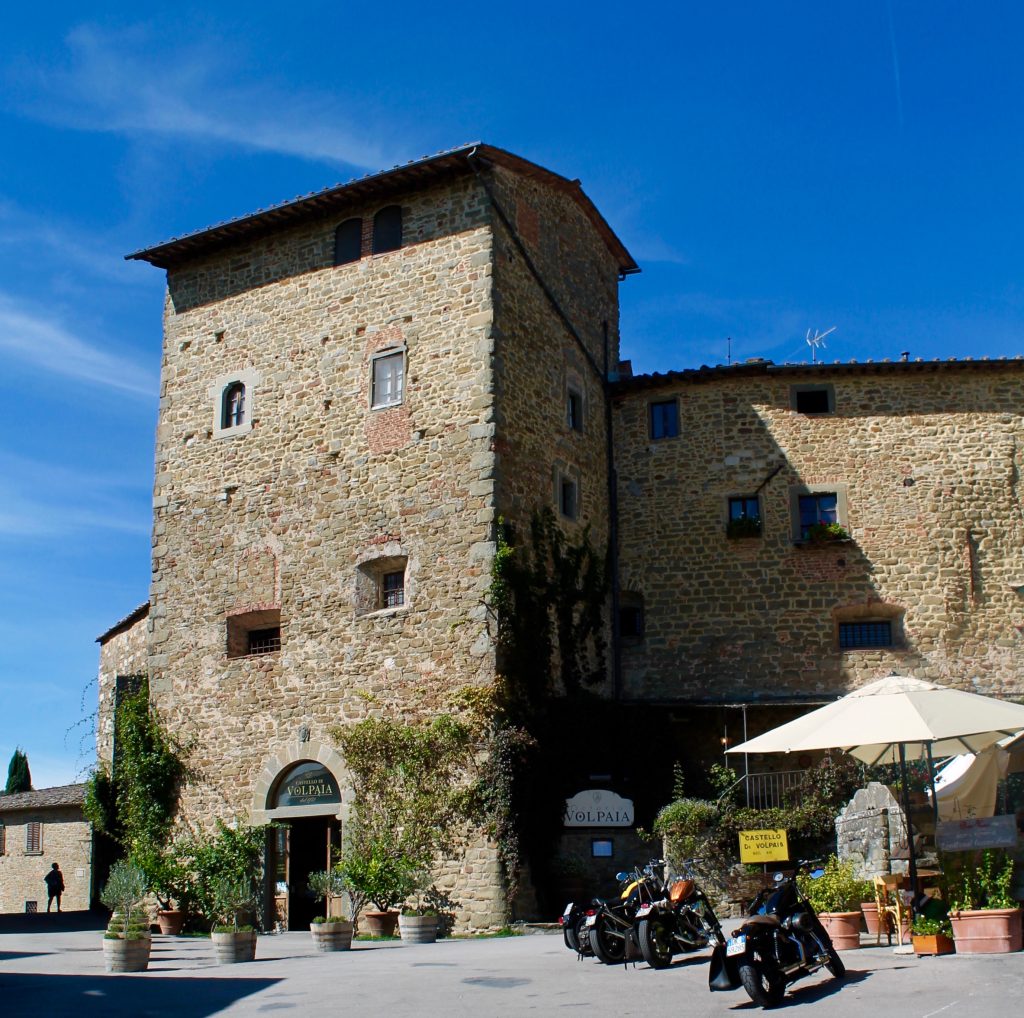 Volpaia is owned by the Stianti family, who has restored the entire village. There is a restaurant, boutique lodging accommodations and a winery.  Upon special request, guests can tour the church wine cellar and perhaps get a glimpse of the grapes drying in the rafters.  After all, this is where the magic of Vin Santo begins.   www.volpaia.it