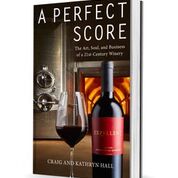 A Perfect Score ~ The Art, Soul and Business of a 21st Century Winery is an interesting read for wine aficionados everywhere.  Written and narrated by Craig and Kathryn Hall of Napa Valley’s Hall Wines, the book takes readers on an arduous journey from the vine to the glass.

Kathryn was rooted in the family wine business in Mendocino County long before meeting Craig in 1991.  Circumstances drew Kathryn away from her beloved vineyards and into a political career in Dallas, Texas where she met Craig by happenstance. 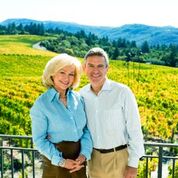 While Kathryn had winemaking in her ancestral blood, Craig had the business acumen to financially launch their dream of making world-class Cabernet Sauvignon in the then-sleepy Napa Valley.

Together they forged ahead and purchased a neglected vineyard with a fixer-upper house and began custom crushing wine.  The rest, per se, was history.  And what a great history it was!

The Perfect Score narratives between Craig and Kathryn painted the colorful, yet often heart-wrenching tale of building a wine business from the vineyard to the bottle.  Intimate details of the toil in the fields, marketing snafus and disappointing crop failures resonated throughout the book, yet the will to succeed was tantamount. Emotions ran raw as the losses mounted  Yet, the Halls prevailed. END_OF_DOCUMENT_TOKEN_TO_BE_REPLACED 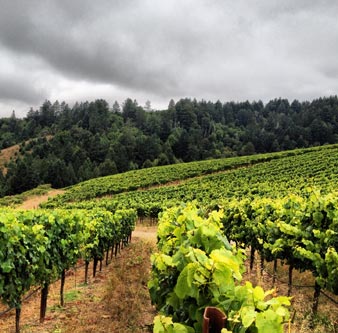 Joseph Phelps, founder of Joseph Phelps Vineyards, professes a life-long love affair with Burgundian varietals.   Years of searching for the ideal soil and climate conditions to pursue his dream of crafting Burgundian-style wines, brought Phelps to Freestone,  located in the Sonoma Coast AVA, only six miles from the Pacific Ocean. 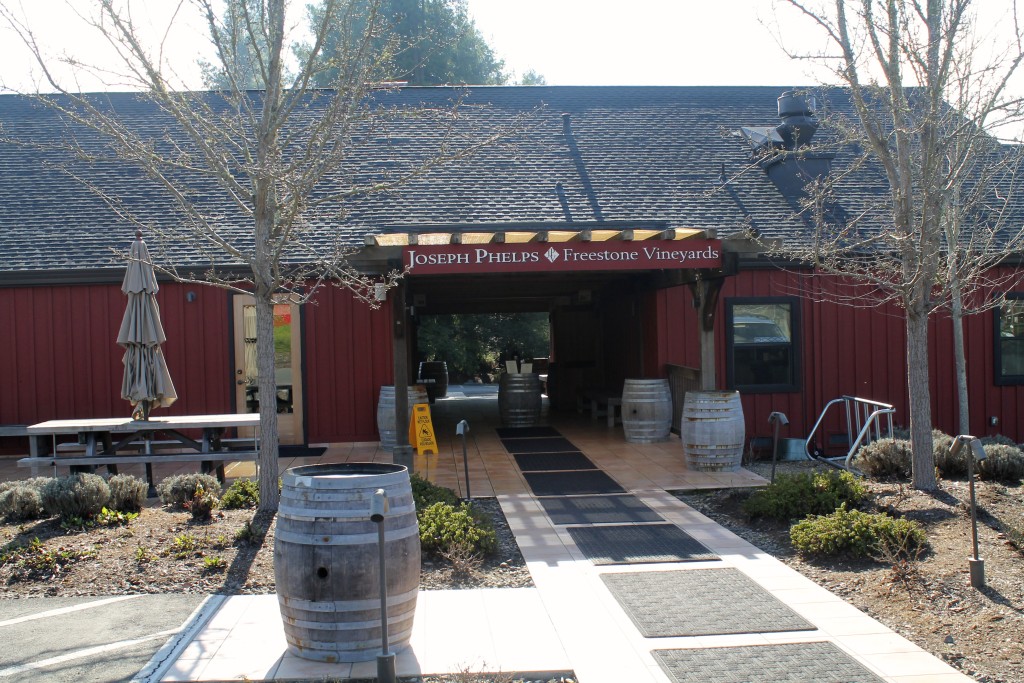 Originally the Pinot Noir and Chardonnay grapes were sourced from St. Helena, Yountville and Carneros in the Napa Valley, near the original Joseph Phelps Vineyards.    By 1999, Phelps planted over 100 acres of Pinot Noir and Chardonnay in the Freestone area and constructed the Joseph Phelps, Freestone Vineyards Guest Center to showcase both the Sonoma Coast and the Napa Valley varietals. 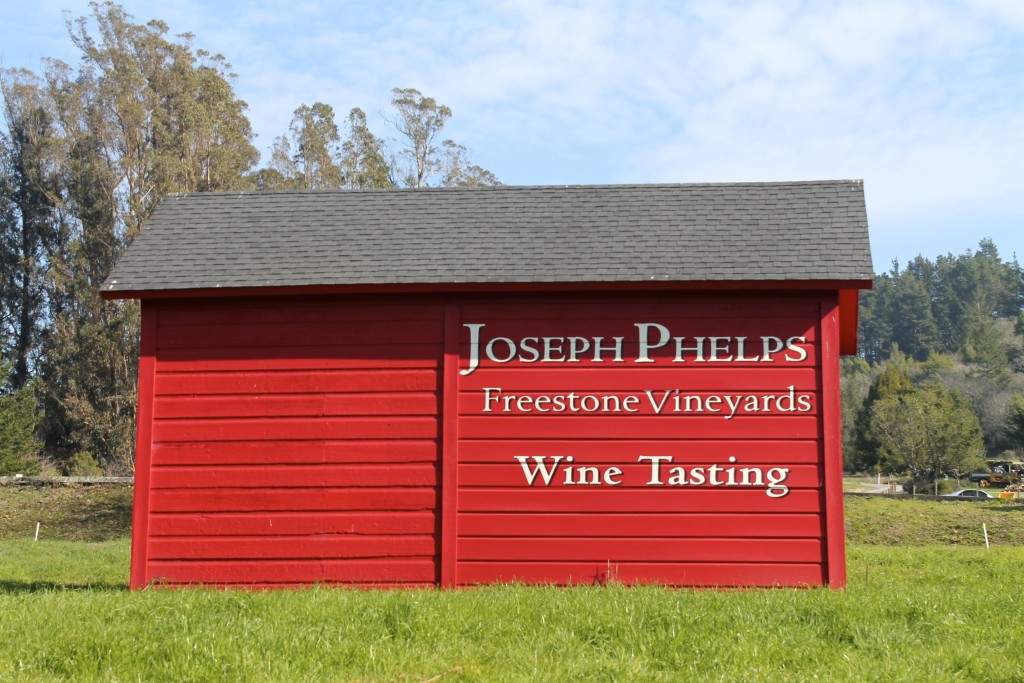 Almost impossible to miss, the fire engine red building points the way to the Joseph Phelps, Freestone Vineyards Guest Center,  situated on two and a half acres at the intersection of Bodega Highway and Bohemian Highway.   END_OF_DOCUMENT_TOKEN_TO_BE_REPLACED 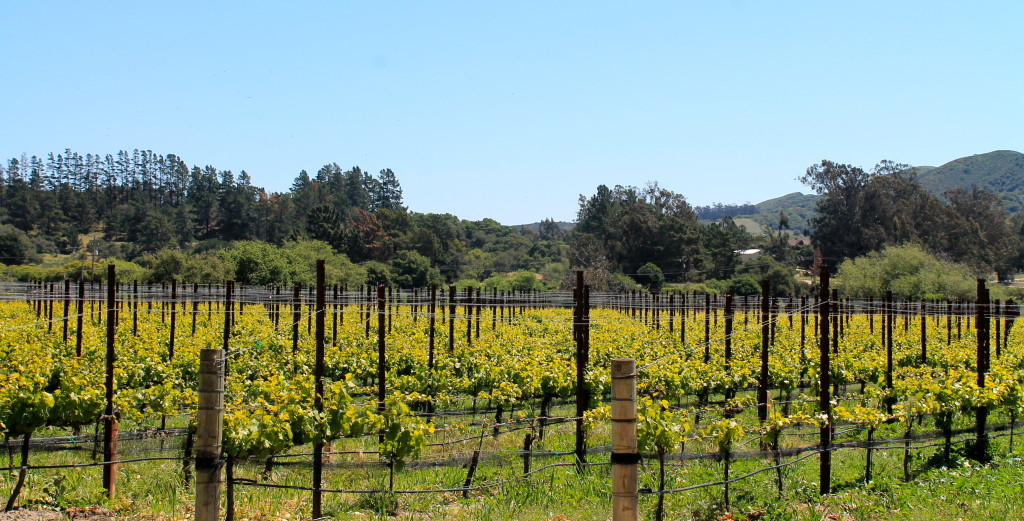 Head west out Highway 246 toward Lompoc and discover the Santa Rita Hills appellation, one of the newest and fastest-growing AVAs in Santa Barbara County.  Home to over 59 vineyards with more than 2,000 acres planted in Pinot Noir, 500 acres of Chardonnay, and over 140 acres planted in Syrah, Sauvignon Blanc, Viognier and other cool climate varietals. 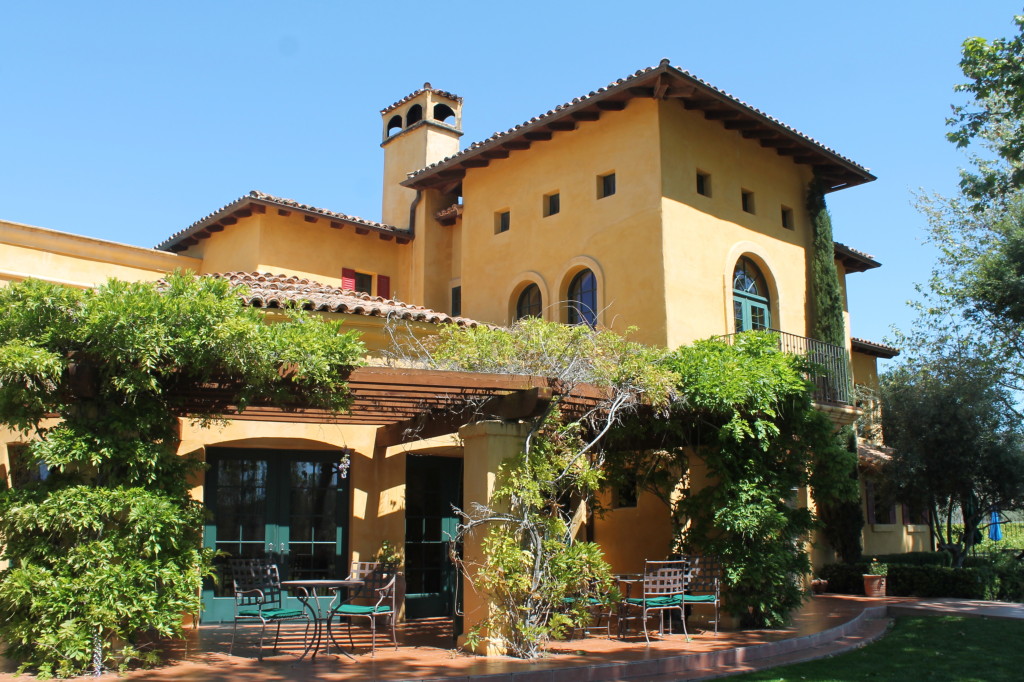 One of Santa Rita Hills’ crowning jewels is Melville Vineyards and Winery, a beautifully appointed Mediterranean-style winery that exclusively produces 100% estate Chardonnay, Pinot Noir and Syrah.  The unique microclimate of the Santa Rita Hills AVA is characterized by the cool temperatures, coastal winds and early morning fog, and is perfectly suited to growing these Burgundian grape varietals. END_OF_DOCUMENT_TOKEN_TO_BE_REPLACED 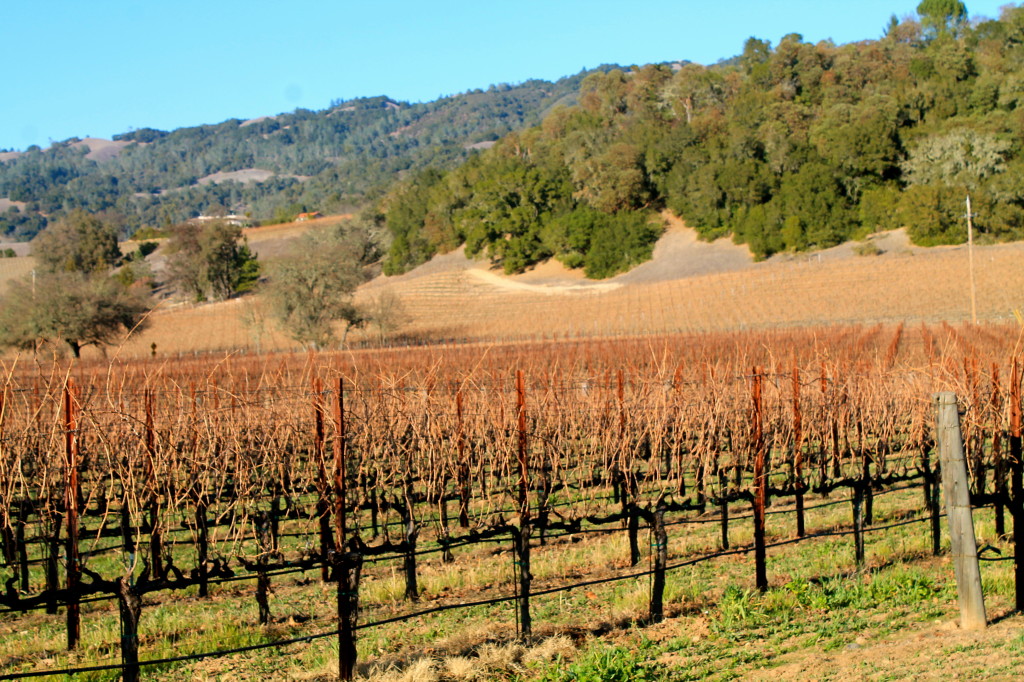 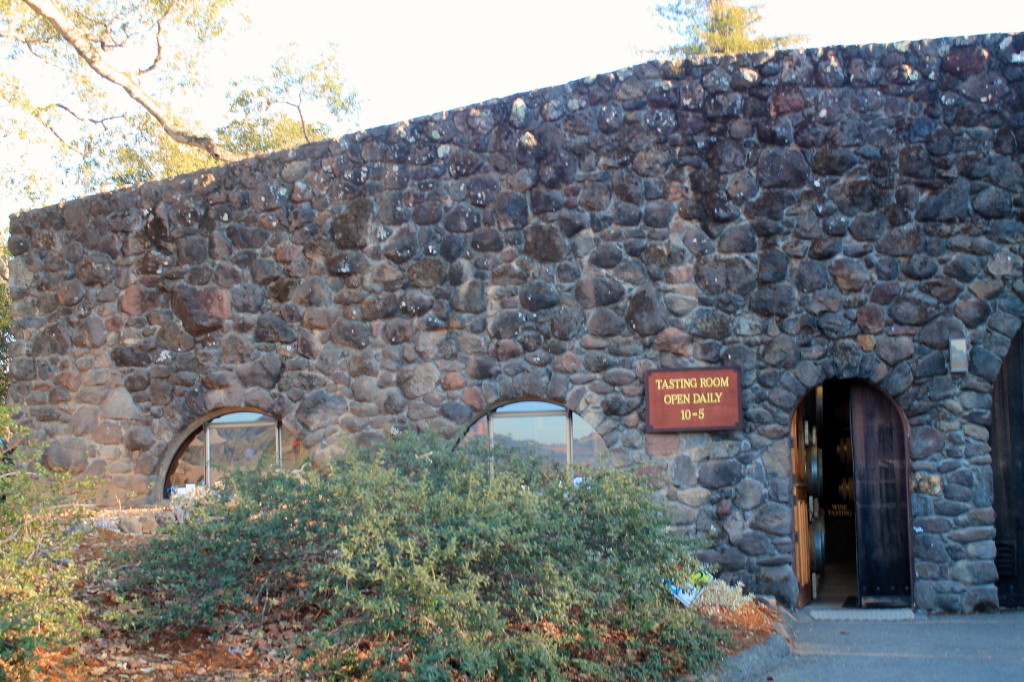 Winemaker Pat Murray greeted me in the tasting room, instantly making me feel at ease.  We had a San Diego-Sonoma connection – one of my local haunts, the La Costa Wine Company in Carlsbad, frequently hosts Field Stone Winery wine tastings so I just had to experience Field Stone Winery firsthand. 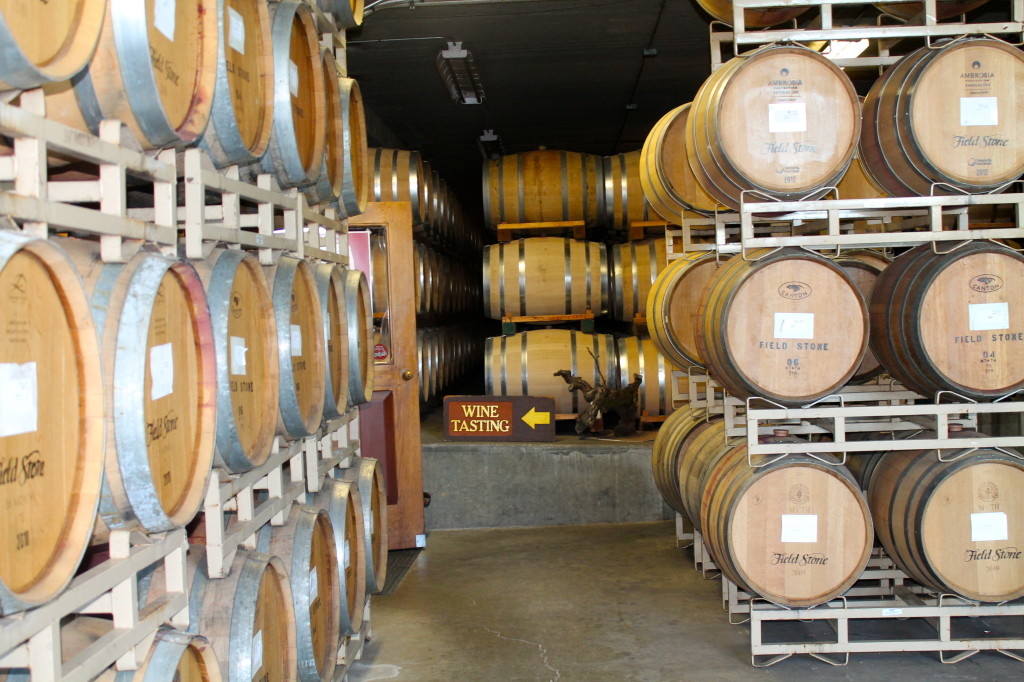 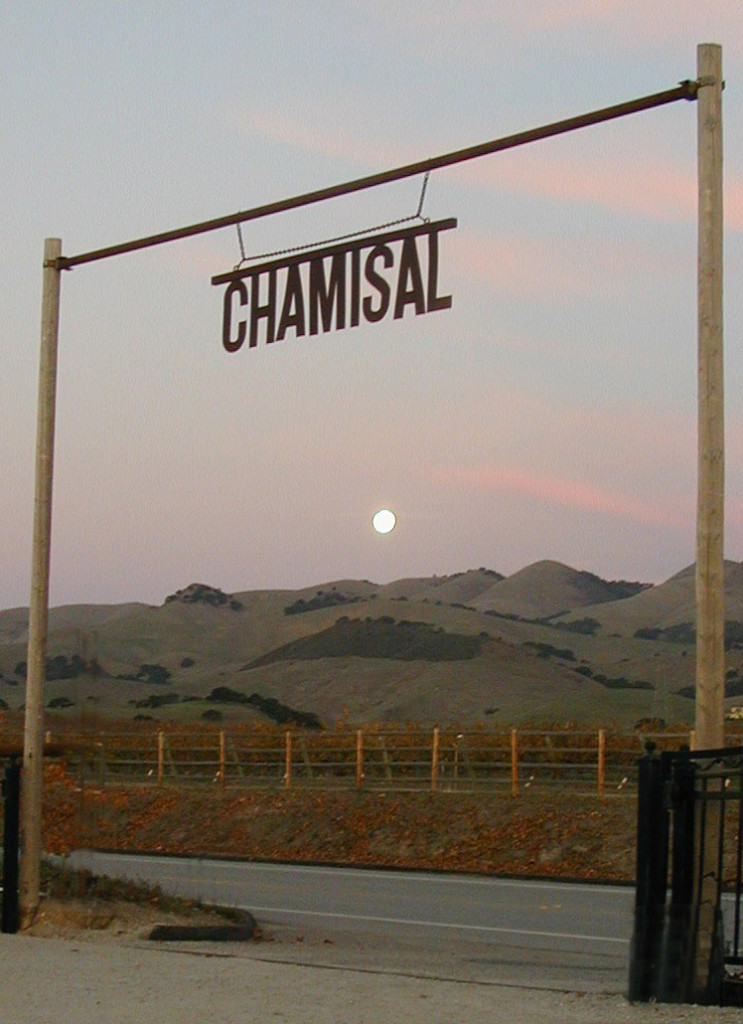 In the heart of the Edna Valley wine country, where the bucolic views stretch for miles in any one direction, and vineyards line the country roads, if you’re lucky, you’ll stumble upon Chamisal Vineyards.

Chamisal Vineyards was initially known as Domaine Alfred. The vineyards changed hands a few times over the years and eventually were replanted in the 1990’s with numerous high-end Pinot Noir clones, Syrah, Chardonnay, Grenache and Pinot Gris. 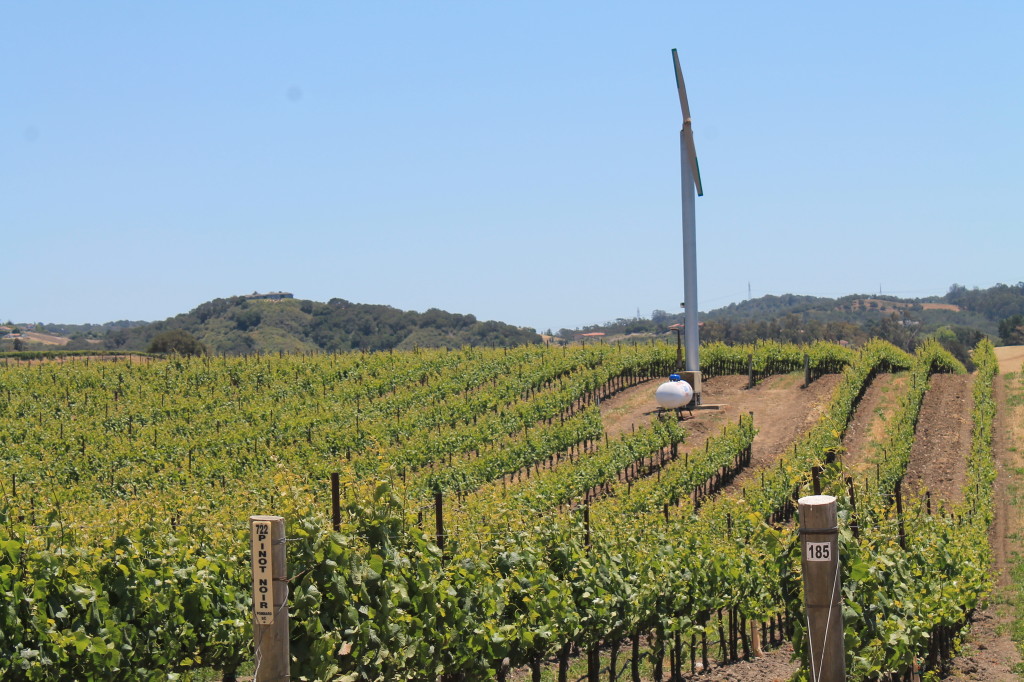 Aptly so, Chamisal Vineyards‘ namesake was derived from the fragrant native white-flowered shrub, the chamise. Keeping with the theme, Chamisal Vineyards features a top-line wine series labeled Califa, translated from the Modoc Indians to mean “the prettiest one”. And yes, they are the prettiest ones! Califa’s 2010 Pinot Noir recently earned 90 points from Robert Parker’s Wine Advocate and it is certainly deserving of every point. The blend of three Pinot Noir clones (115, 667 and 777) fills your mouth with lush blackberry, boysenberry and raspberry and is absolutely divine and worth the price ($60). 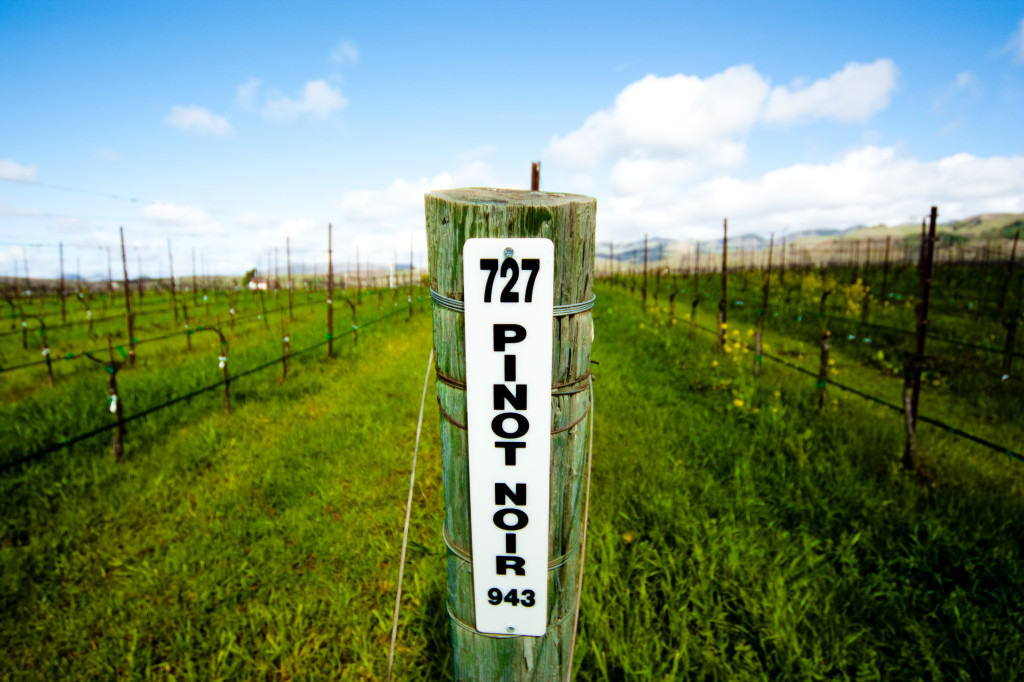 Another favorite is the 2009 Califa Syrah, which is extremely rich on the palette with flavors of blackberry and black plum with a touch of violet and underlying oak. On a lighter note, the 2011 Estate Grenache is outstanding and easy to pair with all foods. The red cherry and black plum flavors offer the slightest hint of sandalwood, anise and allspice and is very characteristic of a Chamisal Vineyards‘ Grenache, vintage after vintage. For Chardonnay lovers, try the 2012 Stainless Chardonnay, (three Chardonnay clones), for a crisp, acidic wine tasting of lush tropical pineapple, peach and red apple without the overdone oaky taste of a typical California Chardonnay. END_OF_DOCUMENT_TOKEN_TO_BE_REPLACED